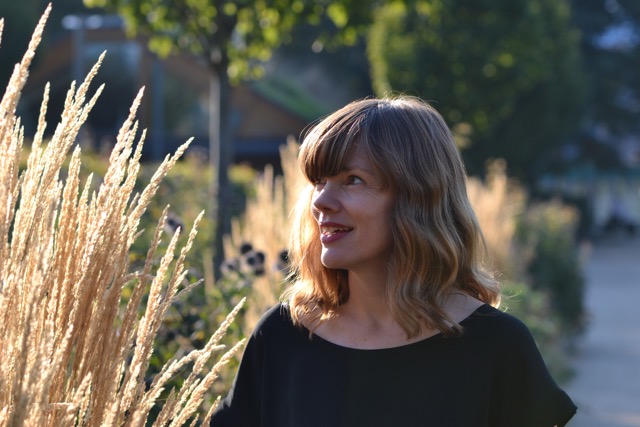 Bethan Roberts was born in Abingdon. Her first novel The Pools was published in 2007 and won a Jerwood/Arvon Young Writers’ Award. Her second novel The Good Plain Cook, published in 2008, was serialized on BBC Radio 4’s Book at Bedtime and was chosen as one of Time Out’s books of the year. My Policeman, the story of a 1950s policeman, his wife, and his male lover, followed in 2012, and was chosen as that year’s City Read for Brighton. Mother Island (2014) was the recipient of a Jerwood Fiction Uncovered prize. She also writes short fiction (she has won the Society of Authors’ Olive Cook Prize and the RA Pin Drop Award), and drama for BBC Radio 4. Her new novel, Graceland, which tells the story of Elvis Presley and his mother, will be published by Chatto in 2019. Bethan has worked in television documentary, and has taught Creative Writing at Chichester University and Goldsmiths College, London. She lives in Brighton with her family.

Where do you write?

I’m a mum so I have very limited time, so I do most of my splurging (i.e. handwritten first draft stuff, in a notebook) in cafes, because I don’t get out of the house much and when my little boy’s at nursery I like to get a breath of fresh air and see some other adult human beings, even if I don’t talk to them. So really I write at a lovely coffee shop, of which there are at least five to choose from in Brighton. But I’m also lucky enough to have a room in my house – in the photo below – which is where I type. Typing means re-drafting that first splurge, sometimes a hundred times over, or writing other, less terribly hard stuff (like this).

Do you have some form of writing schedule?

I have about twelve hours a week in which to write, so I try to make the most of them. Like everyone else, I’m distracted by the internet, biscuits, phone calls from my mum and the washing-up. I usually manage to resist the washing-up. Other people tell me I’m good at getting on with writing, but it doesn’t really feel that way to me. All I can say is that if I am in a lovely, trendy-but-not-too-trendy café with a good cappuccino and a bun then I can usually keep my head over my notebook and scribble for an hour or two, and then when I get home I like typing it up, and as I type it up some other ways of saying it, and other things I want to say, usually occur to me.

Do you use a computer or a pen?

It never fails to amaze me when people never fail to be amazed by the fact that I use a pen. But this is what I do. I have a nice fountain pen which I like using because it makes me feel important, and a very cheap notebook, which I like using because it doesn’t feel important. And then redrafting is done on the computer, because crossings-out become very hard to read.

Did you always want to be a writer?

Yes, but I was embarrassed to admit it, so when I was little I used to tell people I wanted to be an air-hostess.

How did you get published?

I did a wonderful Creative Writing MA at the University of Chichester. And then I won a place on the Jerwood/Arvon Young Writer’s Apprenticeships scheme, which sadly doesn’t seem to exist any more. But basically I ‘won’ Andrew Cowan, who is a brilliant novelist, and once a month for six months he read the manuscript of my first novel and gave me feedback on it, which encouraged me to finish it. Then I did the usual thing: I sent my novel to some agents, and it was rejected by some, but not by the lovely David Riding at MBA. Then he did a wonderful thing: he got me a book deal.